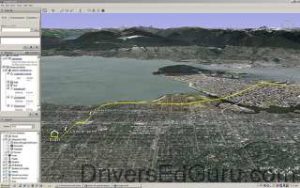 I have a few questions for you:

If you answered ‘yes’ to any of these questions, then you are a candidate for a GPS tracker for your teen’s car. This tracking device is not to be confused with GPS navigation systems.

A GPS tracker keeps detailed logs of the speed and location of the tracked car at all times. With many, you can simply log on to a website to view reports of past activity or real-time updates of the car’s current location. You can even have the system send you email updates or text messages to your phone when certain parameters are reached (such as exceeding a particular speed).

While a GPS tracker may seem like a great idea, I beg you to think twice before subjecting your teen to the car equivalent of a “nanny-cam”.

Installing a GPS tracker on your teen’s car suggests that you do not trust him. He will also be understandably furious because a tracking device reeks of “big brother”. Part of the excitement of getting your license is having more freedom, not feeling watched and confined.

You could say you want the tracker in case the car gets stolen or he gets carjacked or kidnapped. These are real and valuable benefits, but your teen is unlikely to buy these answers. He will most likely believe that you want to spy on his every move. And would he be so wrong?

If you’re worried about your teen speeding or traveling to places he shouldn’t go, a GPS tracker may act as a deterrent. However, there’s no data to back that up. And on the flip side, the constant reminder of your distrust may do much damage to your relationship with your child.

Personally, I don’t think a GPS tracker is ever necessary. Just because you can track their every move, it doesn’t mean you should. Giving your teen freedom and bestowing upon them your trust is what allows them to become an adult. Hopefully, you’ve properly trained your teen in safe, smart, and skillful driving, and you should feel confident allowing them to drive on their own.

I strongly discourage secretly tracking your teen. You should not derive satisfaction out of being able to say “I caught you!” Don’t be a sneaky parent who spies. If your teen finds out that you’ve been secretly tracking them, get ready for World War III. It is much better to develop trust and have faith in your teen.

If you had tracking capabilities, would you become obsessed with knowing where your child is every moment of the evening? If so, arguments would surely be a result. No, your child should not be speeding or driving places he shouldn’t be driving. But, if you admonish your teen with, “Son, at 10:36 you were driving 7 miles over the speed limit” your teen will be furious.

I’m not saying it is OK for your teen to speed, I’m saying you do not need to be notified every time he creeps over the speed limit and then throw the evidence in his face.

Unless you have an extremely good and warranted reason not to trust your teen, then a GPS tracker should not be necessary. If your teen has a history of lying, getting into serious trouble, buying drugs, consistently breaking curfew, or reckless driving, then you have reason not to trust him and he should be tracked. In fact, if he’s that much of a delinquent, maybe he doesn’t deserve the privilege of driving.

Lastly, you should ask yourself: how would I like having a GPS tracker put on my car? There’s just something creepy about it.